YSR Cheyutha Scheme is announced in the recent cabinet meeting. This scheme is introduced by CM YS Jagan Mohan Reddy. The aim of the scheme is the benefit of women of weaker sections of society such as SC/ST/OBC/Minority Community women.  YSR Cheyutha scheme is under the women’s welfare department of Andhra Government. This scheme basically focuses on the development of women related to backward communities. More Details of the Scheme like Key Features, Benefits, How to Apply (Registration), Online Application Form, Application Status is covered in this Article. 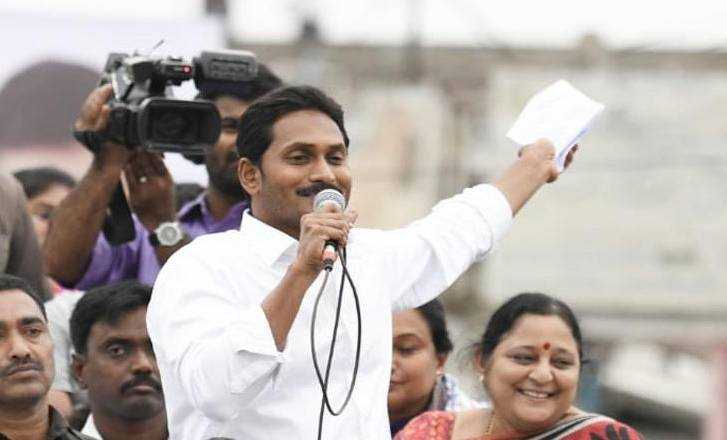 The main motive of Cheyutha Scheme of Andhra Pradesh is to empower women. The beneficiaries of this scheme are the women under SC / ST and other backward classes. This scheme aims at providing equal power to the women of minority caste same as the women of higher class own.  The Financial benefit of Rs. 75000 is to be provided to those women who come under 45 to 60 years of age.

If the women are under any job, this scheme will be applicable only after the retirement of the job of the women.

As per the official sources, Andhra Pradesh State Government has announced has transferred an amount of 18,750 to the beneficiaries account. The rest of the beneficiaries can expect the payment very soon this week.

As per the latest cabinet meeting held recently, the state government has announced the good news to the women of Andhra Pradesh. The news is that the YS Jagan Mohan Reddy’s government is going to extend the beneficiaries of the previously announced “YSR Cheyutha Scheme”.

During the earlier announcement, it was said that the women who belong to SC/ST/BC/Minorities were only eligible under this scheme. However, after the recent cabinet meeting, it has been announced that the Andhra Pradesh Government is extending this scheme to the women who are already taking the pensions under Ontari Mahila (Single Woman), Vithanthu Pension (Widow Pension) and the Specially challenged women (Divyanga Mahila) who are aged between  45 to 60 years are eligible now after the recent announcement.

NOTE: The Old age pensioners are not eligible for this scheme as the age group of the applicant woman should be in between 45 and 60.

Besides, the scheme is also extended to the women who belong to Chenetha ( Weavers), Geetha (Stripe), Mathsyakaara Mahilalu (Fisherman Community Women).

Earlier, Cheyutha Scheme was introduced in the Andhra Pradesh Govt’s budget. Here is what was said about this Scheme in the Budget Speech:

NOTE: As the process is offline, the respective applicants have to be in contact with the Graama Sachivaalayam if need any other documents or for future correspondence.

If in case of any queries,  the applicants can visit the nearest Grama Sachivaalayams to know the beneficiary status of the YSR Cheyutha Scheme offline.

Feel Free to Share your thoughts Regarding AP Cheyutha Scheme in the Comments Section.

What is the latest update of YSR Cheyutha Scheme?

How many total beneficiaries are now in YSR Cheyutha list?

The total number now is More than 25 lakhs.

What is the Aim of Cheyutha scheme?

This scheme is aimed at empowering women between 45 and 60 year age group by providing financial assistance of Rs  75,000 to each in the next four years