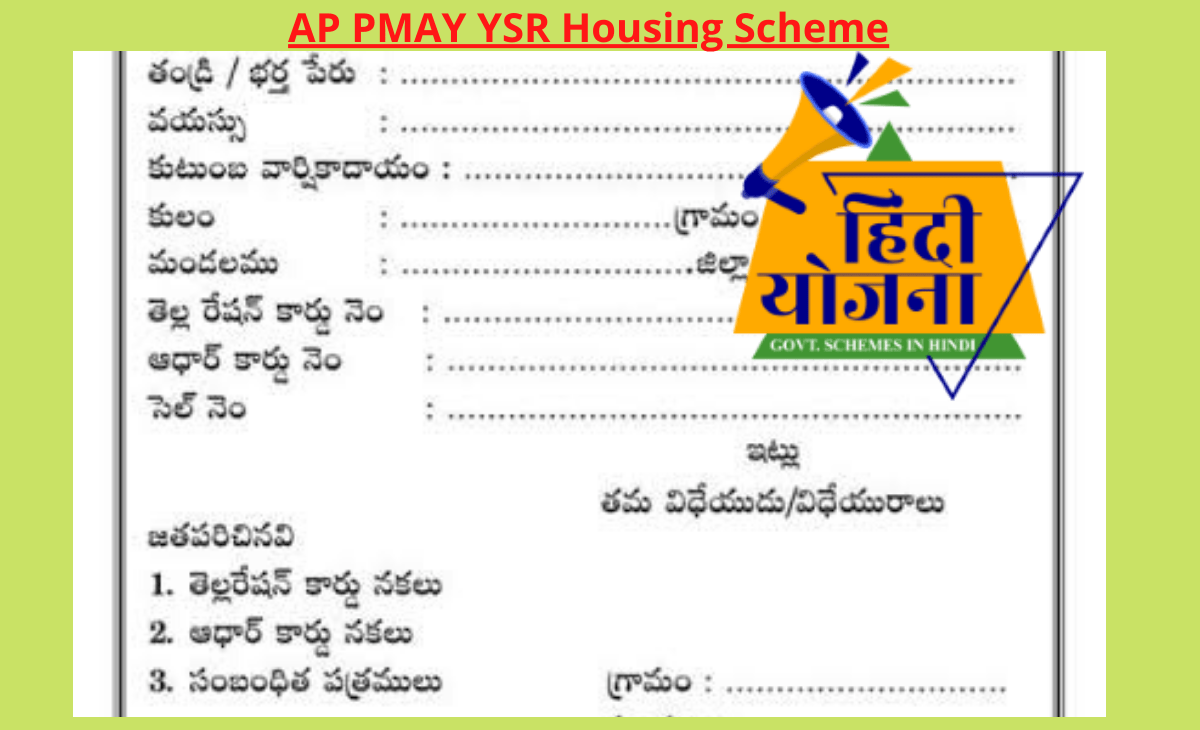 AP CM YS Jagan Mohan Reddy has been announced his brainchild project ” YSR Housing Scheme (PMAY YSR)” that benefits the people of the state whose dream is to have their own house.

AP CM YS Jagan Mohan Reddy, as announced in the election manifesto 2021, proposed this scheme under the name of Former AP CM Late YS Rajasekhar Reddy as ” YSR Housing Scheme”, also called as YSR Avaas Yojana, and colloquially called as ” Pedalaku Illu Pattaalu” in vernacular. Besides, AP CM quoted that this program would benefit around 27 Lakh people in the state who are qualified under this Housing Scheme.

However, he added that the entire process goes transparent regardless of the caste, region, and political parties.

Previously, the government planned to distribute the houses to the beneficiaries on the eve of Ugadi this year, but postponed to 8th July 2021 due to the COVID Pandemic and considering the prevailing situations in the state.

Budget Sanctioned for Housing Scheme: In the state budget sessions, State Finance Minister B Rajendranath Reddy introduced for the financial year 2021-2021 sanctioned Rs 3,691.79 crores for the housing sector. However, the government has also planned around 21 schemes laying emphasis on the benefits of vulnerable sections.

The government has issued some guidelines and eligibility criteria to sort out the eligible beneficiaries under this scheme.

Below is the eligibility criteria for Andhra Pradesh YSR Awas Yojana.

For applying to this Housing Scheme, neither the government nor the State Housing Corporation has started any application process from the people. Instead, the government has issued precise guidelines to the employees of Grama Sachivaayalam making Grama Volunteers as active members in collecting the data of the applicants through the door to door campaigning.

How do you check the application status of the beneficiary applied for the YSR Housing Scheme?

In this instance, the applicants who have enrolled for the Housing Scheme can know their eligibility status by approaching the nearest Grama Sachivaalayam.

When was this scheme first announcement?

The YSR Housing scheme firstly came in news after the announcement of the election Manifesto in 2021 by YSR.

What is the expected number of beneficiaries under the PMAY YSR Housing scheme?

It is expected that more than 27 lakh people of Andhra will be benefited by this scheme.

Can i apply online for AP Awas Yojana scheme?

No, currently this scheme is functional in manual mode. You can fill in the form and submit at the Sachivalayam office to the concerned person.

How will the beneficiaries be selected?

After collecting all the applications, concerned officials will check the details of all applicants. All those applicants who don’t fulfill the eligibility conditions will be removed from the list. In this way, final beneficiary list will be created.