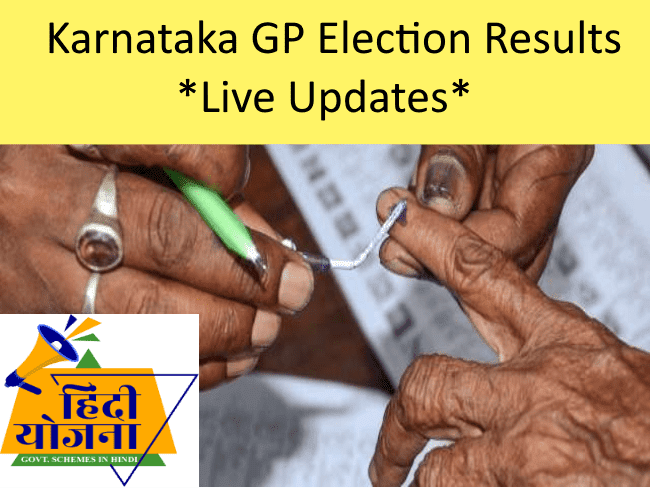 A total of 5700 Gram Panchayats out of 6004 panchayats across 30 Districts in Karnataka participated in these elections. A total of 2.92 Crore voters casted their vote for electing 92121 gram panchayats members.

In this article, however, we are focusing on Karnataka GP Elections 2021 results. Let’s explore that –

The Gram Panchayats election results in Karnataka will be declared on 30th December 2021. As per the election commission notification, the counting of votes will start from 8:00 am onwards and by the end of the day, names of the winner candidates will be announced.

Counting of Votes started from – 8:00 am onwards

Although in some panchayats, elected members were selected directly, still, there are lots of seats where the winners will be declared on the result date. During this corona time, most of the voters will be relying heaving on online modes for grama panchayat election result updates & news. In this particular section, we are discussing the various methods using which one can stay updated with the Live vote counting and ultimately know the winner & check complete name list.

As mentioned before, counting starts from 8:00 am onwards and by the end of the day the winner names will be announced. For live updates best place is to visit the counting center. However, after the few hours of final result announcement, winner candidates list will be available at the KARSEC portal. So, all the interested people are advised to follow the steps given in the above section.

What is the result declaration date of Karnataka Gram Panchayat (GP) election?

The result gets declared on 30th December 2021.

When will the counting of votes start?

The State election commission portal of Karnataka also known as KARSEC is responsible for providing election updates. You can easily get the village wise winner candidates name list at the official portal.