UPDATE : After a long wait, the nCORE games has finally launched the Fauji Game grandly on the eve of the Republic Day.

Akshay Kumar with ncore games has launched FAUG Game on the eve of Independence day. Besides the entertainment in the game, the gamers can also know about the accomplishments of Indian Soldiers. The developers also announced that 20% of the revenue to the Brave Indian Soldiers for Bharatke Veer Trust, the government initiative for the fundraising for the army and other security forces.

In this article, we explain to you about the FAU-G Game, the Procedure to Download the game in Android ( apk, playstore) and iOS and Indian PUBG by Akshay Kumar. Before few days from the official launch, the developer of the game i.e. ncore games made the preregistration available for all android mobiles with version 8 or above. Here is the tweet :

In response to the government’s initiation, Bollywood Actor Akshay Kumar has promoted, which is said to the Indian version of PUBG. He took a step forward and shared a promotional tweet about the Indian PUBG Game on Twitter.

Apart from downloading and installing Faug game directly from Google Play Store, you can also use an alternative method to download Indian version of PUBG, Faug on your android mobile. For this you need .apk file of the game and complete obb data folder which is created after the game is installed and updates and downloaded.

You can get both of these files easily from any friend or relative of yours, who are already playing this game on their Android phones. They need to install any “app to apk” backup app and file manager. Once they backup the game file on their device, you can get it from them and then finally you need to get the “OBB Data” for the game from them too. Then, you can start playing Faug on your android phone

How to Download FAU-G ( Fauji) Game on iOS Mobile

Update : The developer of FAUG game, “Studio n Core Pvt. Limited” didn’t share details regarding availability of FAUG game on iOS. Once made available, the process to download & install will be :

What is the objective behind the launch of the FAU-G ( Fauji) Game?

The government’s objective, the launch of the FAU-G ( Fauji) Game, is to make the citizens aware of brave Indian soldiers’ accomplishments.

Can I download the FAU-G ( Fauji) Game on both the Android and Apple iOS Mobiles?

Yes, gamers can download on both the Android and iOS Mobiles.

What is the tentative date of the official launch of the FAU-G ( Fauji) Game?

The game is launched officially on 26th January 2021

What are the playing characters of the FAU-G ( Fauji) Game?

The playing characters of the FAU-G ( Fauji) game will be from the Indian Air Force. 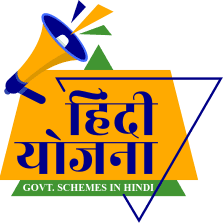 Hindiyojana.in is a dedicated portal to share detailed information regarding various government schemes. We cover central govt's and state wise schemes. Be advised that this is not official website of any scheme and is not linked with any Indian govt's ministry.